The Mosman apartment layout was completely redesigned. The laundry which was positioned at the front door was demolished and the walls rebuilt to enlarge the hall width and house a laundry built into a cupboard concealed with pocket doors.

The living room doorway was opened up allowing more space and light into the hall.

The bathroom was redesigned. A false wall was built to house an in-wall cistern and the mirrored wall cabinet. An open shower was designed so that the shower can be folded back to create an open plan bathroom.

We transformed the untidy bits and pieces garden area by demolishing existing garden, installing new decking to lift the courtyard height and building a raised garden that curved around the space.

A beautiful garden design and construction completes the apartment renovation. 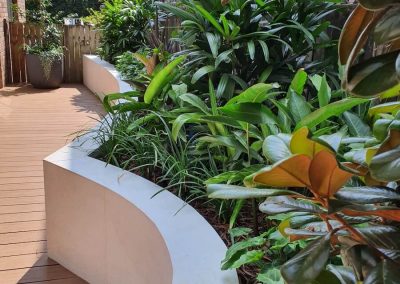 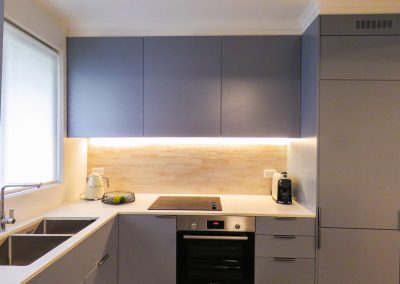 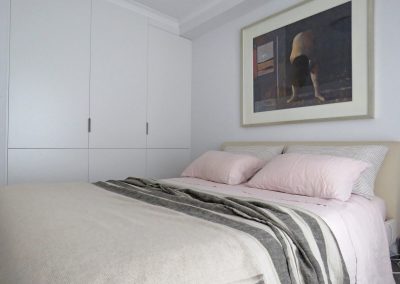 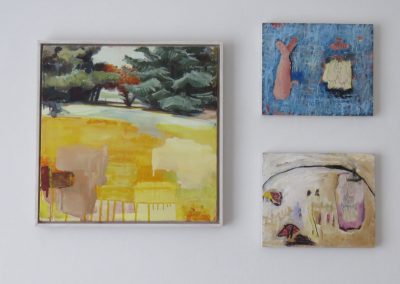 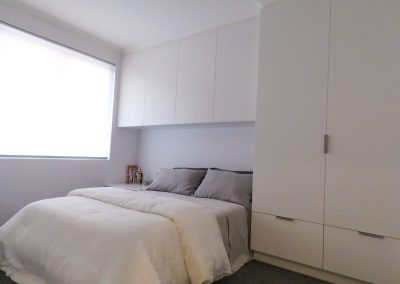 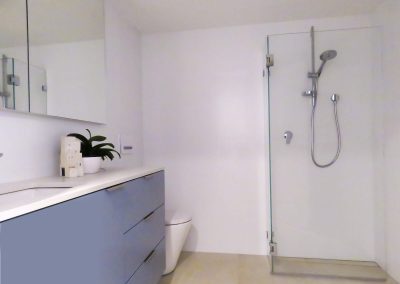 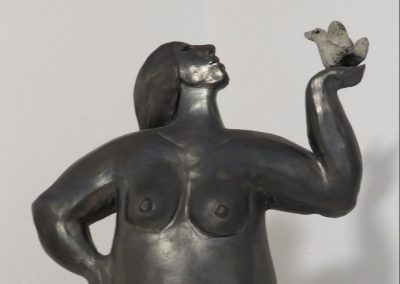 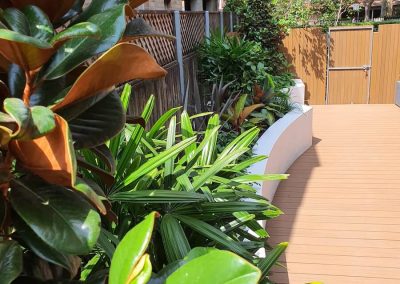